So, I decided to make a list of rappers from Ontario I believe fans should keep an eye out for! These are 5 rappers I’ve listen to for a while and have a lot of faith in! If it came time to pick the faces of Canadian HipHop, I would have no issues with these 5 as nominations. Expect to see artists whose musical talent and work ethic I highly respect! Check the list out and be sure to chime in on who you think should be on the list of 5 Ontario Rappers To Watch For… 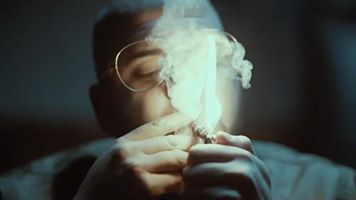 Peter Jackson has been on the rise for some time now. The Ajax/Oshawa rapper has built quite the resume for himself with numerous big guest features (D-Block, Slaughterhouse, Riff Raff, Treach of Naughty By Nature, Ace Hood and more), countless tours his company, 9-0 Nickel Entertainment, has a hand in, huge music videos over the years. With solid albums and mixtapes already entered into his discography and more to come, PJ has built a dedicated fanbase eager for anything new he decides to put out. PJ is quickly coming the symbol of success amongst his closest peers and rightfully so! With a new album, Eastern Canada tour, and US tour coming up, PJ shows no signs of slowing down! Be sure to be on the look out for PJ in the future if you have not heard of him yet!

You can find Peter Jackson on…

Stitch is an up-and-coming artist with such promise, it would be a shame if he didn’t blow up! If there were to ever be a Canadian Eminem, Stitch would be a solid choice to fill those shoes. A focus of lyricism is evident when listening to Stitch as he delivers solid verses consistently on every song and feature he does. Cypher verses, guest features, emotional songs, hardcore songs, nothing is safe when Stitch is around. With a discography already jammed packed with great music, only time will tell what will become of the rapper. One of the most promising Pickering rappers active, I’d definitely add Stitch to your list of “Must Listen”.

You can find Stitch on… 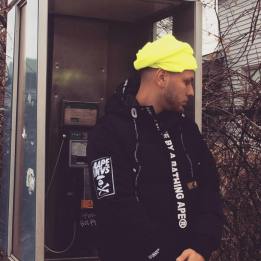 No Ontario list would be complete without the addition of Sayzee. Having built up a solid fanbase through equally solid release throughout the years, Sayzee (pronounce Say-Zee) is an underrated gem in the Ontario scene. Having a career that dates back 10+ years and still remaining relevant is no easy feat, yet Sayzee seems to do just that. Having adapted his sound to current times in music yet never copying, Sayzee has seen consistent support among his growing fanbase over the years. 2016 saw Sayzee embark on a journey that brought back mass amounts of nostalgia! Adapting Frieza (late 2015), Cell, and Majin Buu of the wildly famous Japanese series, Dragonball Z, into musical pieces, Sayzee released three EPs in a series that could be rivalled by few. Having a history of adapting fictional characters into musically themed projects (Freddy Kruger for his Your Favourite Rapper’s Worst Nightmare series), Sayzee gave fans a great series of EPs! Be sure to check him out if you haven’t already!

You can find Sayzee on…

For years, Flex has been quietly bubbling with stellar releases and consistent showcases of high musicality! Adhering to the mainstream sound but making it his own, Flex has a very distinct voice that seems to pull listeners in and captivate their attention! Flex recently released his latest album, Born Rebels, to favourable reception from fans. Flex pieces together great music and fans would be crazy to pass up listening to it. Being able to switch between a mainstream sound to mire rugged underground production is a hard feat to accomplish but Flex proves it CAN be done. Flex also proves through his music that even when using a mainstream soundscape, being Autotuned until you sound robotic isn’t necessary! Be sure to check him out if you haven’t had the chance!

You can find Flex The Antihero on…

Zaze is definitely my favourite artist in Canada, bar none. I’ve been blessed with the opportunity of sitting pretty close to the front row and watch this artist progress over the last few years. I’ve also been had the great opportunity of having him feature on a few of my songs and he’s continuously reaffirmed that he’s got the potential to become to one of the biggest artists to grace the country. Having toured the country a few times and releasing a packed discography of great music, Zaze has always shown a great attention to his craft and to his fans. Great music, great stage performance, great attitude, and overall super interesting person to be around, Zaze is a definite MUST WATCH artist. Be sure to keep an eye out for him!

You can find Zaze on…

This article was written by Eh Vee – You can also reach him via email at ehveehiphop@gmail.com with any questions, comments, or concerns